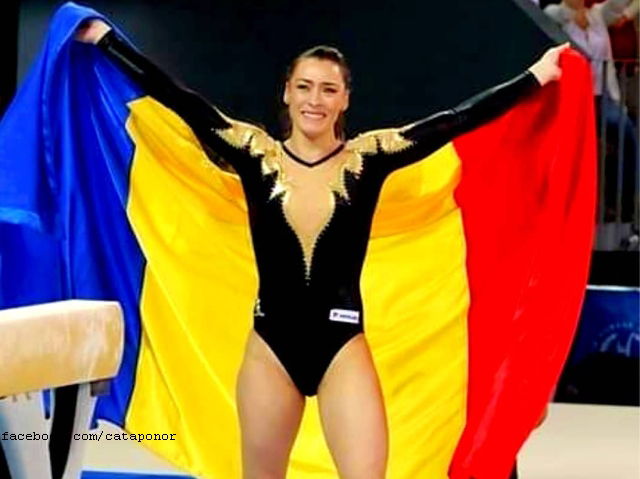 There are only eight days left until the start of Eurovision Song Contest 2021, and the  emotions of the artists run higher and higher from one rehearsal to another.

At this year’s edition, the score awarded by the Romanian jury will be presented by a triple Olympic champion: Cătălina Ponor will reveal the decision of the jurors from our country.

Cătălina Ponor: “It is a great joy to support Romania from this unique position. I know very well the significance of representing your country and also the emotions you experience in those moments. I support Roxen side by side with the whole Romania at the Eurovision! ”

Considered as a unique figure in the history of Romanian gymnastics, Cătălina Ponor has participated at three editions of the Olympic Games: Athens in 2004, London in 2012 and Rio in 2016. She has spent almost 20 years in the gym. She has first withdrawn from the competitive activity in 2007, but she came back in full force after a break of four years, in 2011, under the guidance of coaches Octavian Bellu and Mariana Bitang – who had returned to the gymnastics team. In 2012 she participated in the Olympic Games in London, becoming the first Romanian gymnast to climb an Olympic podium at the age of almost 25. After London, she withdrew again from competitive activity.